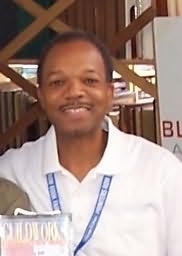 Mark Allen Boone is a native Chicagoan who grew up on Chicagos West Side. A graduate of the University of Illinois at Chicago, Mark is a former teacher, having taught in the Chicago Public Schools, the Archdiocese of Chicago, and ABE/GED classes through the Chicago City Colleges Urban Skills Institute.

In the mid-1980s he joined Contemporary Books, where he developed materials for the GED Tests and the adult and continuing education market. In his spare time, he served as fiction editor for the Chicago-based quarterly AIM Magazine, a post he filled for more than 20 years, and wrote and published short fiction. One of his stories, "Brunswick Stew" was anthologized in the collection West Side Stories published by City Stoop Press. Another,The Derelict, has been excerpted for use in GED Test Preparation books.