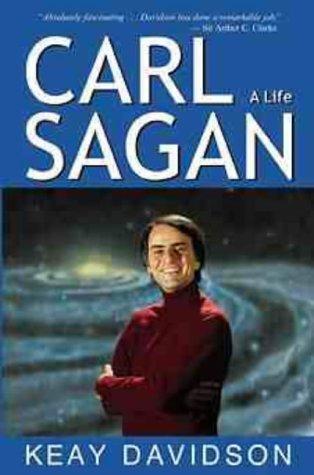 Carl Sagan was one of the most celebrated scientists of his time - the leading visionary of the Space Age. He was also a highly controversial figure who inspired wildly opposed opinions. His enthusiasm and eloquence about the wonders of space, the marvels of the human brain, and the mysteries of life captured the imagination of millions. Yet one scientist was so enraged by Sagan's scientific pronouncements that he compared him to the Black Plague, and William F. Buckley, Jr. likened him to circus huckster P. T. Barnum.. "Sagan's life was both an intellectual feast and an emotional roller coaster. Whether he was searching for life on Mars or visiting Timothy Leary in prison, prophesying exciting scientific discoveries or getting arrested for protesting nuclear weapons, debating the existence of UFOs or advocating the creative benefits of smoking marijuana, Carl Sagan was a fascinating, charismatic, and complex man full of contradictions.. "His TV series Cosmos awed hundreds of millions around the world, and his bestseller The Dragons of Eden won the Pulitzer Prize. Yet the value of his scientific work was often called into question. His Ph.D. dissertation narrowly escaped rejection, he was denied tenure at Harvard, and in the twilight of his life, he was denied membership in the prestigious National Academy of Sciences.. "In this insightful and evenhanded biography, science journalist Keay Davidson reveals for the first time the man behind the famous image - the storm of contradictions and passions that animated this enigmatic and entrancing man who remained, at heart, the five-year-old Brooklyn boy who looked up at the stars and asked: What are they?.