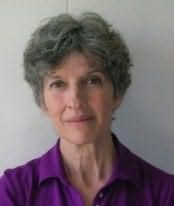 (b.1950)
J. B. Cheaney was born in Dallas, Texas. Her favorite subject in school was history, but due to illness she never attended eighth grade. In high school, she had difficulty finding her niche, and says that she was a loner and an outsider. A college dropout, she and her husband were married in 1971, and have lived in six different states and moved 23 times. The mother of two grown children, she began writing after her son graduated from high school. The Playmaker, her first novel, was published in the fall of 2000, and The True Prince in 2002. Her hobbies include singing and needlework. She has written many Shakespeare-related novels among other books for young adults. She also has won many awards for her writing.
Series
Richard Malory
1. The Playmaker (2000)
2. The True Prince (2002)