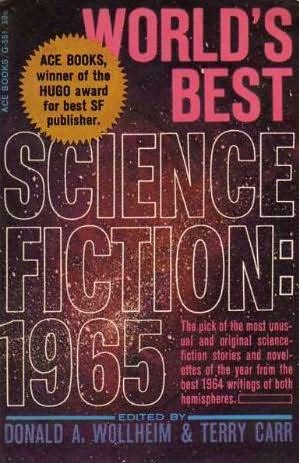 "World's Best Science Fiction: 1965" edited by Donald A. Wollheim & Terry Carr is an anthology of 17 stories written in 1964. This is the first of six yearly anthologies that the two would co-edit. After Terry Carr left, Donald Wollheim continued the series with Arthur W. Saha until Wollheim's death in 1990. Terry Carr went on to start another anthology series called "Best Science Fiction of the Year" until his death in 1987.