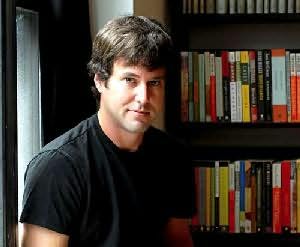 Adam Davies was born in Louisville, KY. He is the author of three novels: The Frog King, soon to be a major motion picture starring Joseph Godron-Levitt, with a script by Bret Easton Ellis; Goodbye Lemon, a family drama; and Mine All Mine, which was purchased for film with the author to write the screenplay. Adam's non-fiction has appeared in the New York Times and he has made many appearances on radio and television programs, including NPR and the A&E Channel's Breakfast with the Arts. His books are in print around the world in places such as Europe, Thailand, Russian, and Australia. He lives in Savannah, Georgia.
Novels
The Frog King (2002)
Goodbye Lemon (2006)
Mine All Mine (2008)