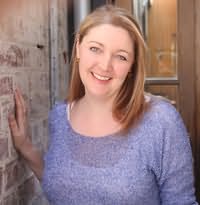 After years of writing press releases, employee newsletters and speeches for CEOs and politicians - none of which included any kind of kissing - Emmie Dark finally took to her laptop to write what she wanted to write. She was both amazed and delighted to discover that what came out was sexy, noble heroes who found themselves crossing paths with strong, determined heroines. And plenty of kissing.

Emmie's overnight success has taken about five years to achieve. She began fiddling around with story ideas when the urge to write fiction became overwhelming. In July 2011 she sold her first book to Harlequin SuperRomance and she's not looking back.