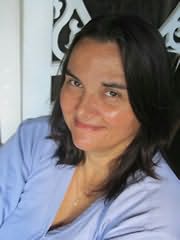 Bestselling children's author, poet, award-winning copywriter. Philippa's books have been nominated and commended for literary awards across Canada, the U.S. and Europe, including the Diamond Willow, Hackmatack, Silver Birch Express, Red Cedar and Red Maple awards. Her third book, The Gargoyle at the Gates, was named a White Raven Book 2013, by the International Youth Library in Munich. Her 2014 title, The Strange Gift of Gwendolyn Golden, was shortlisted for the OLA Red Maple Award in 2015. Her latest title, Myles and the Monster Outside, book 2 in the Weird Stories Gone Wrong series, is available now. Look for book 3, Carter and the Curious Maze, August 2016.
Series
Lost Gargoyle
1. The Gargoyle in My Yard (2009)
2. The Gargoyle Overhead (2010)
3. The Gargoyle At the Gates (2012)