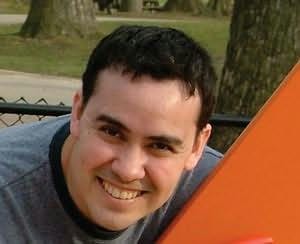 Tony S. Daniel is an American comic book writer and artist. After working with Image Comics and Marvel Comics, he gained status at DC Comics with his run on Teen Titans with writer Geoff Johns. He finished out the short lived Flash: The Fastest Man Alive series with Marc Guggenheim from issues #11-13, which ended with Bart Allen's death.From there, Daniel began his current work for the main Batman title with writer Grant Morrison, beginning his run with issue #670. This issue began the Resurrection of Ra's al Ghul crossover. He and Morrison collaborated on the major Batman R.I.P. during that time. After "R.I.P.", Daniel wrote and illustrated Battle for the Cowl, the main mini-series dealing with the story's aftermath.After Judd Winick and Mark Bagley's 4 issue run on Batman, Tony Daniel will be taking over for a 6 issue arc handling both writing and art duties.

Demon Knights (with Paul Cornell)
Seven Against the Dark (2012)