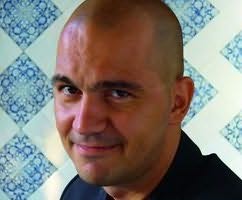 Austria (b.1972)
Thomas Glavinic is an influential Austrian novelist. Born in 1972, he is considered a guiding voice in Austrian literature. He's written several novels and has won both critical acclaim and commercial success, winning prizes and topping Austria's bestseller list. THE CAMERA KILLER won the Friedrich-Glauser Prize for crime fiction in 2002 and Glavinic was shortlisted for the German Book Prize in 2007. PULL YOURSELF TOGETHER reached number one on both the Austrian bestseller list and the Austrian Radio and Television critics' list.
Novels
Carl Haffner's Love of the Draw (1999)
Night Work (2008)
The Camera Killer (2012)
Pull Yourself Together (2012)