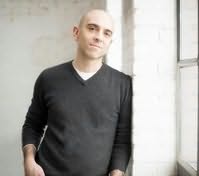 CHRISTOPHER HEBERT is the author of the novels Angels of Detroit (Bloomsbury, July 2016) and The Boiling Season (HarperCollins, 2012), winner of the 2013 Friends of American Writers award. He is also co-editor of Stories of Nation: Fictions, Politics, and the American Experience (forthcoming UT Press).His short fiction and nonfiction have appeared in such publications as FiveChapters, Cimarron Review, Narrative, Interview, and the Millions. He is a graduate of the University of Michigan and is editor-at-large for the University of Michigan Press. Currently he lives in Knoxville, TN, where he is Assistant Professor of English at the University of Tennessee.
Novels
The Boiling Season (2012)
Angels of Detroit (2016)