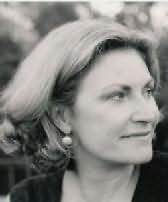 (b.1960)
Daughter of James Jones
Kaylie Jones is an American novelist. She was raised in Paris. She has taught in the public schools of New York City through Teachers & Writers Collaborative and has organized a symposium at Southampton College in memory of her father, who died in 1977. She is a graduate of Wesleyan University and Columbia University's School of the Arts.