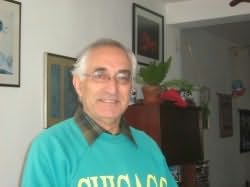 D.Lawrence-Young (aka David L. Young) is an English,&#160Drama and History teacher and lecturer who has specialized in English and military history and Shakespeare studies for many years. To date he has had published Communicating in English, an English Language textbook, as well as over a dozen historical novels:  "Gunpowder, Treason & Plot", "Of Plots & Passions", "Tolpuddle" and "Of Guns & Mules," "Sail Away from Botany Bay," "Arrows Over Agincourt,"  "Of Guns, Revenge & Hope," "Marlowe: Soul'd to the Devil," "Will Shakespeare: Where Was He?" "The Man Who Would be Shakespeare -  The Enigmatic Life of William Henry-Ireland," and "Will the Real William Shakespeare Please Step Forward?" "Anne of Cleves - Henry's Luckiest Wife," "Catherine Howard - Henry's Fifth Failure," "Six Million Accusers - Catching Adolf Eichmann" and "Mary Norton - Soldier Girl."