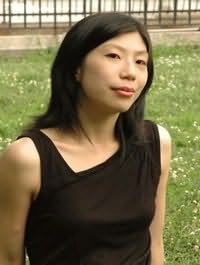 Wendy Lee is the author of the novels Across a Green Ocean (Kensington) and
Happy Family (Black Cat/Grove Atlantic). Happy Family was named one of the top ten debut novels of 2008 by Booklist and awarded an honorable mention from the Association of Asian American Studies.

A graduate of Stanford University and New York Universitys Creative Writing Program, Lee has received fellowships from the MacDowell Colony and the Corporation of Yaddo. She spent more than ten years in the publishing industry as an editor at HarperCollins Publishers and Lantern Books in Brooklyn, where she co-edited the anthology Defiant Daughters: 21 Women on Art,
Activism, Animals, and the Sexual Politics of Meat. She has also worked as an English teacher in China, taught writing at the Asian American Writers Workshop, and served as a mentor with Girls Write Now.

Lee is the second-generation daughter of immigrants from China. She lives with her husband in the Astoria neighborhood of Queens, New York City.
Novels
Happy Family (2008)
Across a Green Ocean (2015)
The Art of Confidence (2016)