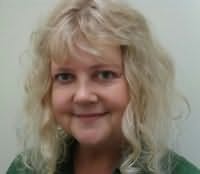 Australia (b.1959)
Paddy OReillys latest novel is The Wonders, published in August 2014 in Australia by Affirm Press and February 2015 in the USA by Simon and Schuster.

Her previous novel The Fine Colour of Rust (HarperCollins and Simon and Schuster), was released in 2012 in Australia, the UK and the USA. It was shortlisted for the ASAL Gold Medal.