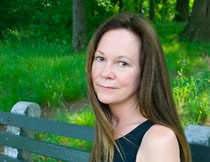 Varley O'Connor's first novel, Like China, described by the New York Times as “a first novel that soars,” was published by William Morrow in 1991. Her second novel, A Company of Three, about the world of theater and acting, came out from Algonquin Books in 2003. Her most recent novel, The Cure, was published by the Bellevue Literary Press in 2007. In fall 2007 Varley O’Connor joined the faculty at Kent State University, where in addition to undergraduate creative writing, she teaches fiction and creative nonfiction writing in the Northeast Ohio Universities Consortium MFA program.
Novels
Like China (1991)
A Company of Three (2003)
The Cure (2007)
The Master's Muse (2012)
The Welsh Fasting Girl (2019)