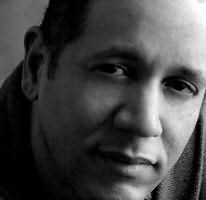 Cuba (b.1962)
José Manuel Prieto was born in Havana, Cuba. He earned his PhD in History in Universidad Autónoma de México and has taught at the Centro de Investigación y Docencia Económica, México City, from 1994 to the present. Currently he is the Margaret and Herman Sokol Fellow at The Dorothy and Lewis B. Cullman Center for Scholars and Writers in The New York Public Library. Prieto has been the recipient of fellowships, grants and awards from Sistema Nacional de Creadores, México, Jan. 2003-2005 the Santa Madalena Foundation, April del 2001, Florencia and John Simon Guggenheim Memorial Foundation (2002)
Novels
Nocturnal Butterflies of the Russian Empire (2000)
Rex (2009)
Encyclopedia of a Life in Russia (2013)