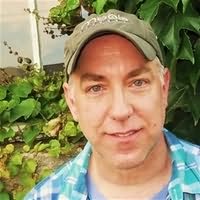 Award-winning author and poet, Steven Parlato, has work in Freshwater, Peregrine, and other journals. Upon the release of his YA debut, The Namesake, by Merit Press in 2013, Publishers Weekly called Parlato “a name to watch.” A college English professor (with a giraffe-filled office), illustrator, and actor, Steven has played roles including the Scarecrow, Macbeth, and the Munchie Mania Guy in a Friendly’s training film. He lives in Connecticut with his wife, two teens, and a Binks-like cockapoo.
Novels
The Namesake (2012)
The Precious Dreadful (2017)