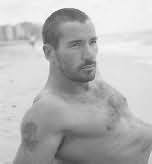 In 1996, Shaw wrote a semi-autobiographical novel, Brutal. In 1997, a collection of his poetry, If Language at the Same Time Shapes and Distorts Our Ideas and Emotions, How Do We Communicate Love?, was published. He subsequently works as a writer, composer, poet and singer, and works only occasionally in pornography.

His first mainstream film was the British indie thriller Kiss Kiss Bang Bang which was released in 2000 (not to be confused with the 2005 film of the same name which starred Robert Downey, Jr.).

Aiden Shaw's name was given to John Corbett's popular character in the HBO dramedy Sex in the City.
Novels
Brutal Uncut (1996)
Boundaries (1999)
Wasted (2001)

Collections
If Language At the Same Time Shapes Our Ideas and Emotions, How Do We Communicate Love? (poems) (1997)