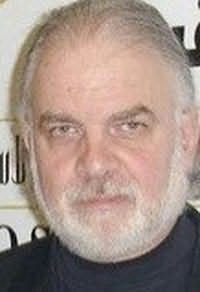 Claude Salhani is a journalist, author and political analyst based in the Middle East,
and Washington, DC. and specializes in Middle East politics, politicized Islam and
terrorism.

He appears on a number of radio and television networks as a political commentator
-- including CNN, French radio and TV, Canadian radio and TV (in English
and French), al-Hurra and other Middle East medias. He is a senior associate at the
Washington, D.C.-based Institute of World Affairs and a member of the London-based
International Institute of Strategic Studies (IISS).

He was wounded three times while reporting on various Mideast conflicts. He
was nominated for a Pulitzer Prize for his coverage of the bombing of the U.S.
Marine barracks in Beirut.

Mr. Salhani is fluent in English, French, Italian, Arabic and has a working
knowledge of Spanish. He studied in the Master's in Conflict Resolution
program at Royal Roads University, in Victoria, Canada.
Novels
Inauguration Day (2015)