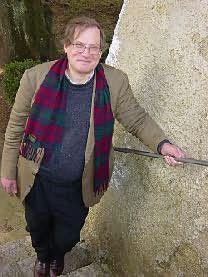 The son of a Hong Kong Taipan, Adam Williams was born and raised in Asia, though educated in the United Kingdom. His family has been in China since the 1880s and he has fulfilled his destiny by joining Jardine Matheson and rising to head its operations in China as well as those of Jardine Fleming. He has undertaken an expedition by camel into the heart of the Taklamaken Desert to seek the lost cities of the Silk Road, and having survived this, competed in the 'Rhino Charge'. He is also an OBE.
Novels
The Palace of Heavenly Pleasure (2003)
The Emperor's Bones (2005)
The Dragon's Tail (2007)
The Book of the Alchemist (2009)