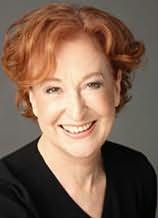 ERICA ABEEL is the author of five books, including the novel Women Like Us, which was a Book-of-the-Month Club selection, and I'll Call You Tomorrow and Other Lies between Men and Women, collected journalism, including columns written for the "Hers" column in the New York Times. A former dancer, Abeel was, until recently, Professor of French literature at City University of New York. As a journalist, she has published articles in several major journals, including multiple sections of The New York Times.
Novels
The Last Romance (1985)
Women Like Us (1994)
Conscience Point (2008)
Wild Girls (2016)