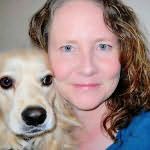 Ally has worked as a horse trainer, director of marketing and development, freelance proofreader, and a children's librarian, among other things. None of them were as awesome as writing romance novels (though the librarian gig came closest). She lives in Texas and is convinced her house is shrinking, possibly because she shares it with three kids, five dogs, a cat, a rabbit, and assorted reptiles. Oh, and her husband.

Ally likes to curse in Russian because very few people know what she's saying, and spends most of what would be her spare time letting dogs in and out of the house and shuttling kids around. She has many stories in her head looking for an opportunity to escape onto paper. She writes historical romance set in Regency England and Imperial Russia.