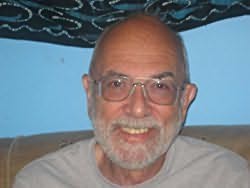 Barry S Brown prepared himself for the challenging task of correcting a century of misinformation about Mrs. Hudson and events at 221B Baker Street by pursuing a research career in the fields of mental health, criminology and drug abuse. In that capacity he edited two works of non-fiction and more than 150 articles and chapters. More significantly, he developed the deductive skills needed to establish Mrs. Hudson's role as the true sage of Baker Street who provided free lodging to the sometime chemist, Sherlock Holmes, in exchange for his willingness to become the male figurehead essential to starting a business in Victorian England. In four books and counting, Mrs. Hudson has led Holmes, and his earnest companion and fellow lodger, Dr. Watson, on a series of adventures taking them from London's East End to England's country estates, and across the Atlantic to New York City. Along the way they sometimes join forces, sometimes cross swords with a diverse set of characters including Lily Langtry, Samuel Clemens, Charles Stewart Parnell, and the man known as the White Rajah of Sarawak. While the stories are told with tongue firmly in cheek, a close eye is paid to historic accuracy in terms of events of the last decade of the 19th century, and the real people who were a part of those events. For those who wish to meet the author, he can be found wandering the streets of Carolina Beach in North Carolina wearing a cape and deerstalker hat, exciting frequent curiosity and occasional police inquiry.