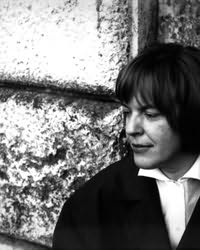 As the daughter of a teacher and a mother who hadnt been allowed to go to university, Bachmann enjoyed the support and encouragement of both parents; after the war she studied philosophy, German literature and psychology in Innsbruck, Graz and Vienna. She wrote her doctoral dissertation (1950) on the critical reception of Heidegger, whose ideas she condemned as a seduction to German irrationality of thought (GuI 137). From 1957 to 1963, the time of her troubled relationship with Swiss author Max Frisch, Bachmann alternated between Zurich and Rome. She rejected marriage as an impossible institution. Impossible for a woman who works and thinks and wants something herself (GuI 144).

From the end of 1965 on Bachmann resided in Rome. Despite her precarious healthshe was addicted to pills for years following a faulty medical procedureshe traveled to Poland in 1973. She was just planning a move to Vienna when she died of complications following an accidental fire.
Novels
Malina (1971)
The Book of Franza and Requiem for Fanny Goldmann (1999)