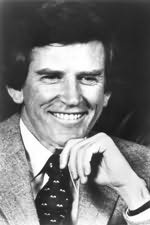 A pseudonym used by Gary Hart
Gary Hart is an American politician, lawyer, author, professor and commentator. He formerly served as a Democratic Senator representing Colorado (1975-1987), and ran in the U.S. presidential elections in 1984 and again in 1988, when he was considered a frontrunner for the Democratic nomination until various news organizations reported that he was engaged in an extramarital affair. He has written or co-authored numerous books and articles, including four novels, two under the pen name John Blackthorn.
Novels
Sins of the Fathers (1990)
I, Che Guevara (2000)