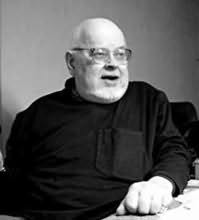 (1926 - 2012)
Barker, who passed away on March 16, was a Fulbright Scholar, linguist, and accomplished academic and science fiction author who influenced both Gygax and Arneson, co-creators of Dungeons & Dragons. The German magazine Spiegel called him the “lost Tolkien.”Barker self-published his role-playing game Empire of the Petal Throne in 1974, the same year D&D came out. Gygax and his company TSR were so impressed that in 1975, they published a version of Barker’s game along with a version of his campaign setting, the fantasy world of Tékumel.