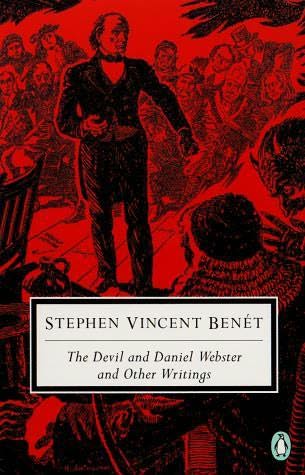 The Devil and Daniel Webster and Other Writings

(1998)
A collection of stories by Stephen Vincent Benét

Before his premature death in 1943, Stephen Vincent Benet was one of America's most prolific poets, novelists, and short-story writers. He is also, along with Robert Frost, Robert Lowell, and Robert Penn Warren, the only author to receive two Pulitzer prizes for his poetry. Featured in this anthology of his writings is a generous selection of his verse, anchored by his two Pulitzer Prize- winning poems, John Brown's Body and Western Star. Hailed by the New York Times as "an American Iliad," John Brown's Body (1929) is an epic chronicle of the Civil War, from the raid on Harper's Ferry to General Lee's surrender at Appomattox.

Through a versatile array of masterly short stories, Benet explored such subjects as American society, history, politics, and the supernatural. Among the two dozen stories selected for this volume are the haunting title story and the wrenching "A Death in the Country." A final section representing Bent's nonfiction collects several of his penetrating essays on writing and education, including "Most Unforgettable Character I've Known." Sensitively selected and thoughtfully arranged, this vibrant anthology will reintroduce readers to an American master.