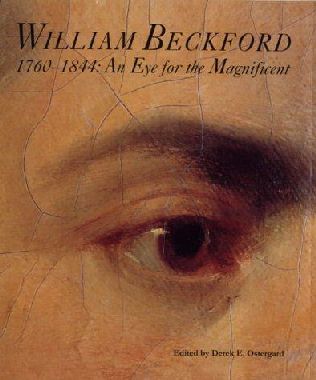 The British collector William Beckford helped to define many of the most significant parameters of nineteenth-century collecting, as he was unbound by conventional intellectual or aesthetic prejudice. He was among the first of the great connoisseurs to collect Asian and Islamic art while breaking with the taste of his contemporaries. He assembled an eclectic and luxurious collection that included ancient, medieval, and Renaissance art, as well as seventeenth-, eighteenth-, and early-nineteenth-century objects. His active participation in the design of various objects reveals a discriminating aesthetic sensibility that set him apart from his contemporaries. His influence also extended beyond his day: generations of renowned private collectors in Great Britain, on the Continent, and in the United States have reflected his interest in the art of many cultures and periods. This magnificent book describes Beckford's flamboyant personality and unconventional life. Authorities tell us that at an early age, Beckford was known as "England's wealthiest son", due to a prodigal income generated from Jamaican sugar plantations. As a youth, he travelled widely and made his mark as a novelist, composer of music, and impresario of design. His most ambitious project was his fantastic residence Fonthill Abbey; the construction and furnishing of this Gothic Revival edifice consumed nearly twenty-five years of Beckford's life and vast amounts of his fortune, branding him with a reputation as a recluse and eccentric. In addition to providing details about Beckford's life, the book discusses 175 of the finest works of art that once were part of Beckford's legendary collections and examines his travels and great building projects. This richly illustrated book is the catalogue for an exhibition at the Bard Graduate Center for Studies in the Decorative Arts, Design and Culture from October 2001 to January 2002 and at the Dulwich Picture Gallery, London, from February to April 2002.


About Fantastic Fiction       Information for Authors