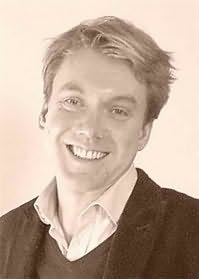 (b.1973)
Anthony Cartwright was born in Dudley in 1973. His first novel The Afterglow won a Betty Trask Award and was shortlisted for several other literary prizes; his second novel Heartland was shortlisted for the Commonwealth Writers' Prize and was adapted for BBC Radio 4's Book at Bedtime; his third novel How I Killed Margaret Thatcher was shortlisted for the Gordon Burn Prize and was a Fiction Uncovered 2013 selection. His collaborative novel with Gian Luca Favetto, Il giorno perduto (The Lost Day) was published in Italy in 2015. He worked as an English teacher in schools in London and the Midlands for over ten years and is currently a First Story writer-in-residence at two schools. He lives in London with his wife and son.
Novels
The Afterglow (2004)
Heartland (2009)
How I Killed Margaret Thatcher (2012)
Iron Towns (2016)
The Cut (2017)

Hollow in the Land (2020)
James Clarke
"There is an American influence on James Clarke's writing - Raymond Carver, Richard Ford, Denis Johnson - but the accent is English, matter-of-fact, which makes the vivid observations and moments of grace all the more vivid. Hollow in the Land is at its best when dealing with men struggling with their place in the world, how even to talk about it, in voices imbued with place and time and class. Their story is a story of England today."
Visitors to this page also looked at these authors
Jonathan Coe
Sebastian Faulks
Joseph Finder
Boston Teran
Caroline Carver
Candace Robb
Gerald Seymour
Simon Scarrow
Jonathan Franzen
Zadie Smith
Wilbur Smith
Mark Haddon
Harlan Coben
Edward Marston
Susanna Gregory
Andrew Crumey