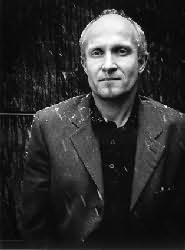 Norway (b.1953)
Lars Saabye Christensen was born in 1953 in Oslo, the city he has consistently celebrated in his work. He made his literary debut in Norway in 1976, and proceeded to work in many media: poetry, film scripts, and the novels which have secured his fame after Beatles in 1984. The Half-Brother (2001) was phenomenally successful at home and abroad, and among its three major awards won the Nordic Council's prestigious Literary Prize in 2002. It is published in the UK by Arcadia, as are Herman and The Model, released this week in Don Bartlett's translation. His latest book is Saabye's Circus (2006). In 2006, Norway made Lars Saabye Christensen a Commander of the Order of St Olav, and Beatles was voted by readers as the best Norwegian novel of the past 25 years. He is married and lives in Oslo.
Novels
Herman (1992)
The Half Brother (2002)
The Model (2007)
Beatles (2009)
Echoes of the City (2019)