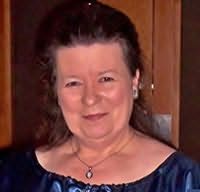 Louisa Cornell read her first historical romance novel, Jane Austen's Pride and Prejudice, at the age of nine. This inspired her to spend the next three years of her young life writing the most horrible historical romance novel ever written. Fortunately it has yet to see the light of day. As Louisa spent those three years living in a little English village in Suffolk (Thanks to her father's Air Force career.) it is no surprise she developed a lifelong love of all things British, especially British history and Regency-set romance novels. (And Earl Grey tea!)

During those same three years, Louisa's vocal talent was discovered. Her study of music began at the London College of Music and continued once she returned to the States. After four music degrees and a year of study at the Mozarteum in Salzburg, Austria, Louisa was fortunate enough to embark on a singing career in opera houses in Germany, Austria, and most of Eastern Europe.