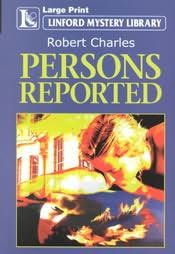 Despite every effort of the Fire Brigade, and of Woman Detective Sergeant Judy Kane, who had been first on the scene, Helen Douglas had died. But it was not the fire that had killed her - she had been murdered. Helen was the wife of Mike Douglas, an Assistant Divisional Officer at Granchester Fire Station. Judy is married to Granchester's Station Officer, Ben Kane. The four had become close friends, and so for Judy the case becomes a double nightmare, with Ben and Mike heading the list of suspects...