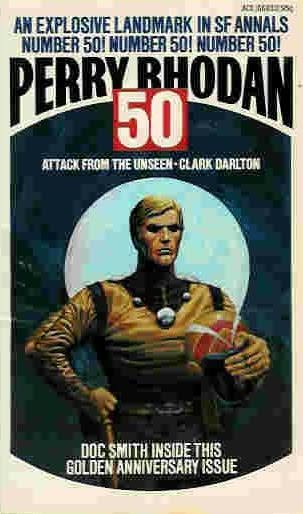 Attack from the Unseen

Mirsal 3. Planet of missing inhabitants. How can the natives of an entire world disappear without a trace? But it has happened--and the Robot Regent of Arkon and Perry Rhodan, the Protector of Terra, both know that all intelligent life in the Milky Way is threatened. By invisible invaders! Is the Solar Empire strong enough to fend off the fantastic attackers? What must the Mechanical Brain of Arkon do in order that the Arkonides may avoid the fate of the Mirsalese? Can any combination of forces stand against the onslaught of the mysterious menace? The answer lies in-- ATTACK FROM THE UNSEEN.

Used availability for Clark Darlton's Attack from the Unseen