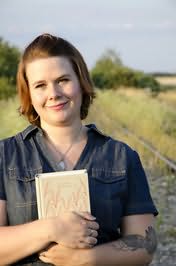 Canada
Sierra Dean is a reformed historian. She was born and raised in the Canadian prairies and is allowed annual exit visas in order to continue her quest of steadily conquering the world one city at a time. Making the best of the cold Canadian winters, Sierra indulges in her less global interests: drinking too much tea and writing urban fantasy.

Ever since she was a young girl she has loved the idea of the supernatural coexisting with the mundane. As an adult, however, the idea evolved from the notion of fairies in flower beds, to imagining that the rugged-looking guy at the garage might secretly be a werewolf. She has used her overactive imagination to create her own version of the world, where vampire, werewolves, fairies, gods and monsters all walk among us, and shell continue to travel as much as possible until she finds it for real.

Shes also a book lover (of course!), obsessive collector of OPI nailpolish and the owner of way too many pairs of shoes.

Dead in Detroit
Ghosts of the Motor City (2017)