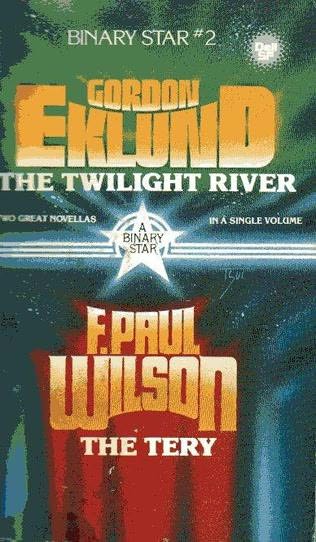 Werewolves, vampires, and magicians mingle uneasly with the enslaved humans of Earth's far future, chattels fo the alien Rangels. Dreadful Sam, the music man, and Trinna, the warlocks's daughter fleeing the wrath of the Rangels, voyage down the Twilight River in search of the Lair of Free men - the last hope of human dignity in a ruined world.