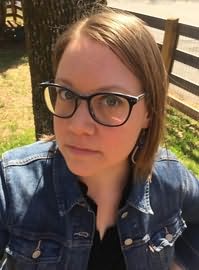 Talley English received her BA in Liberal Arts with a concentration in Creative Writing from Goucher College. She is a recipient of the Lizette Woodworth Reese poetry award from Goucher College’s Kratz Center for Creative Writing. She holds an MFA from Hollins University, where she received the Academy of American Poets’ Gertrude Claytor Poetry Prize. Talley’s mother first put Talley on a pony, named Snowball, when she was two years old, and she continued riding horses for the next twenty-three years, until she began writing more often than riding. She feels that she learned about herself through riding, much in the way that storytelling requires a translation of human emotion into writing. Talley lives in Charlottesville, Virginia, with her family and a dog.