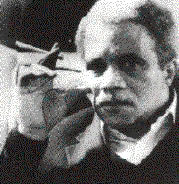 (b.1943)
Albert French joined the US Marine Corps in 1963 when he was 19 years old. Two years later he went to Vietnam and experienced the war at its absolute worst. Many of French's closest friends were killed; he was severely wounded. When he recovered, French returned to his hometown of Pittsburgh, tried college, and then landed a job as a photographer for the Pittsburgh Post-Gazette. After 13 years, he left to publish his own magazine, Pittsburgh Preview.French is less concerned with providing factual detail than with painting word pictures that bring alive his deepest emotional reactions to the memorable events in his life.
Series
Banes, Mississippi
1. Billy (1993)
2. Cinder (2007)