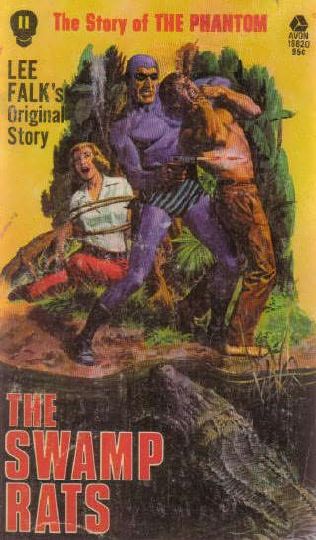 Gold Key Comics was created in 1962, when Western Publishing switched to in-house publishing rather than packaging content for branding and distribution by its business partner, Dell Comics.

Hoping to make their comics more like traditional children's books they initially eliminated panel borders (using strips of color instead) and had word and thought balloons that were rectangular rather than oval.
Within a year they had reverted to using inked panel borders and oval balloons. They also experimented with new formats, including black and white 136 page hardcovers containing reprints and tabloid sized 52 page hardcovers containing new material.

These evidently were aimed at the book trade and department stores, in the manner of their popular Little Golden Books. In 1967 they reprinted a number of selected issues of their comics under the title Top Comics which were sold in plastic bags of 5 at gas stations and various eateries; some locations removed them from the bags and sold them individually with price stickers attached to the covers.

A striking difference between Gold Key and other publishers (which had been done by Dell as well) was to publish most of their mystery, jungle, science-fiction, adventure and similar series with full color painted covers rather than the standard line-artwork.

In this period Gold Key experimented with digests which had some success. In a similar vein to explore new markets they produced in the mid-1970s a four volume series with somewhat better production values and printing aimed at the emerging collector market containing classic stories of the Disney characters by Carl Barks and Floyd Gottfredson (Best of Walt Disney's Comics). In the late 1970s came somewhat higher grade reprints of various licensed characters also aimed at new venues (Dynabrites) plus a four issue series adapting classic science fiction stories by authors such as Issac Asimov and John W. Campbell (Starstream).

Golden Press released trade paperback reprint collections (Walt Disney Christmas Parade, Bugs Bunny Comics-Go-Round, Star Trek Enterprise Logs). And while still distributing comic books on spinners and racks at drug stores, super markets and such under the Gold Key label simultaneously distributing the same comics - usually in plastic bags of three - to toy and department stores plus newsstands at airports and bus/train stations "as well as other outlets that weren't conducive to conventional comic racks" under the Whitman logo which it also used for such products as coloring books.