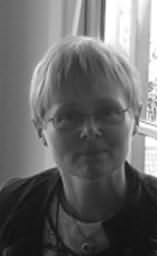 New Zealand
Mia Farlane was born in New Zealand; her mother is the novelist Marilyn Duckworth. When she was twelve, her play THE ONLY THING IN COMMON about a husband and wife who kill each other was shown on New Zealand national television. She studied French Language and Literature at Victoria University in Wellington, where she got a First. After spending several years in France, she moved to London where she completed an MA in Creative Writing at Middlesex University. FOOTNOTES TO SEX is her first novel.
Novels
Footnotes to Sex (2009)