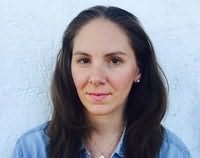 Emily Ziff Griffin lives in LA where she writes, produces, teaches, daydreams, and mothers two young kids. When she was 25, she co-founded Coopers Town Productions with Philip Seymour Hoffman and produced the Academy Award-winning film, Capote, along with Hoffmans directorial debut Jack Goes Boating, and John Slatterys Gods Pocket. She's run three marathons, slowly, and holds a degree from Brown University in art-semiotics, the study of how images make meaning. She believes children are way more sophisticated than adults typically give them credit for and writes for the teenager who is ready to claim their own worldview and be grounded in their own power. Light Years is her first novel.