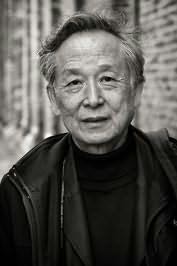 China (b.1940)
Gao Xingjian is a Chinese-born novelist, playwright, critic, and painter. An émigré to France since 1987, Gao was granted French citizenship in 1997. The recipient of the 2000 Nobel Prize in Literature, he is also a noted translator (particularly of Samuel Beckett and Eugène Ionesco), screenwriter, stage director, and a celebrated painter.
Novels
Soul Mountain (2000)
One Man's Bible (2002)

Red Dust (2001)
Ma Jian
"One of the most important and courageous voices in Chinese literature."