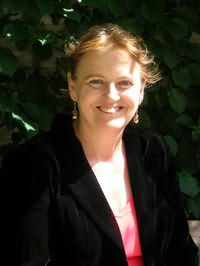 (b.1950)
Jane began writing when she was about seven. She publishedher first novel in 2005, and later published several short stories includesin anthologies. She is Secretary and founder member of the Oxford Writers'Group and is Hon Deputy Treasurer of the Romantic Novelists Association. Shepost writing news to the RNA blog, the Transita Authors blog and contributesoccasionally to Alan Burnett's witty and amusing 'News from Nowhere'.