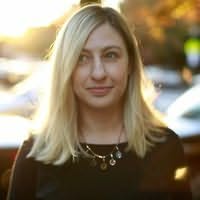 Meredith Goldstein is an advice columnist and entertainment reporter for The Boston Globe. Her love advice column "Love Letters" appears daily on Boston.com and in the Globe's print edition every Tuesday, Friday, Saturday, and in the Sunday Magazine.

Goldstein's first novel, The Singles, was released by Penguin/Plume on April 24, 2012. The novel was optioned for film by Lime Orchard Productions ,which is run by Stacey Lubliner and actress Jami Gertz.

Goldstein was born in New Jersey, raised in Highland, Maryland, went to Syracuse University, and now lives in Roxbury, Massachusetts.