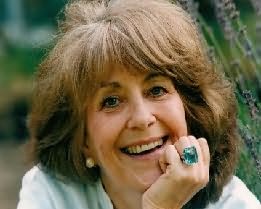 (b.1938)
Daughter of actor Harold Huth, english novelist Angela Huth married journalist and travel writer Quentin Crewe in the 1960s and with him had a daughter. She presented programmes on the BBC, including How It Is and Why and Man Alive.

She also writes plays for radio, television and stage, and is a well-known freelance journalist, critic and broadcaster. She is a Fellow of the Royal Society of Literature.