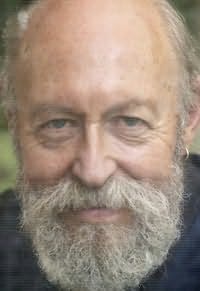 (b.1944)
Harrison began writing novels in 1968, and his fiction has been published by Heinemann, Macmillan, Penguin, Minerva Books and Skyscraper Publications in the UK, where he has received numerous grants from the UK Arts Council, and the Encore Award from the UK Society of Authors, and by Holt, Ivy Books, and Dr. Cicero Books, in The US. His work has been translated into thirteen languages.His own search for adventure has taken him to the Middle and the Far East for extended periods of time, and to South Africa as one of the London Recruits the subjects of a recent book who acted as undercover freedom fighters for Nelson Mandelas ANC, while Mandela was still imprisoned on Robben Island. At this time he became, less adventurously, a prize-winning dairy goat farmer for a dozen years, and Editor of the British Goat Society Year Book, while continuing to write and teach.
Series
Heart Beneath Quartet
1. Richard's Feet (1990)
2. Cley (1991)
3. Egon (1993)
4. How To Push Through (2016)