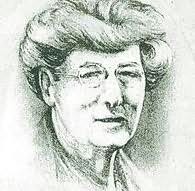 (1880 - 1947)
Edith Maude Henderson was born on 16 August 1880 in the Borough of Hampstead, London, England, UK, the daughter of Katie Thorne, of New Brunswick, Canada and James Henderson, a shipowner from Liverpool. As a child she traveled widely with her parents, even visiting Algeriathe setting of her novels. In 1899, she married Percy Winstanley Hull (b. 1869) in London and the couple moved to Derbyshire in the early 1900s. They had a daughter Cecil Winstanley Hull, who also wrote a book Six Weeks in Algeria (1930).

She dabbled writing fiction in the late 1910s while her husband was away serving in World War I. The Sheik, her first effort, was first published in England in 1919 and quickly became an international blockbuster, placing among Publishers Weekly's top ten best sellers for both of the years 1921 and 1922. Hull's volume quickly sold over 1.2 million copies worldwide. Sales further increased when Paramount released a film version of The Sheik in 1921, which launched Rudolph Valentino into cinema immortality as the greatest "lover" of the silent screen. She died at age 66, on 11 February 1947 in Hazelwood, in the parish of Duffield, Derbyshire.
Novels
The Sheik (1921)
The Shadow of the East (1924)
aka The Shadow of the Desert
Sons of the Sheik (1925)
Desert Healer (1926)
Lion Tamer (1928)