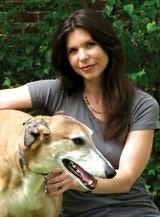 Susan Henderson is a two-time Pushcart Prize nominee and the founder of the literary blog LitPark: Where Writers Come to Play (www.litpark.com). Her work has appeared in Zoetrope: All-Story, the Pittsburgh Quarterly, North Atlantic Review, Opium, and many other publications. Henderson lives in New York, and Up from the Blue is her first novel.
Novels
Up from the Blue (2010)
The Flicker of Old Dreams (2018)

Fathermucker (2011)
Greg Olear
"With candor and wit, Greg Olear takes the reader to the most uncomfortable truths of marriage and parenthood--and yet Fathermucker oozes with vulnerability and love. I burst into tears several times while reading this novel, and was beyond moved by the anguished acceptance of young Roland's autism. Compassionate, insightful, and laugh-out-loud funny."

Strangers in Budapest (2017)
Jessica Keener
"Jessica Keener has written a gorgeous, lyrical, and sweeping novel about the tangled web of past and present. Suspenseful, perceptive, fast-paced, and ultimately restorative."