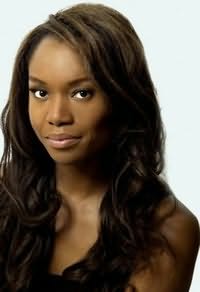 (b.1983)
Aita Ighodaro was born in West London and educated at Oxford University where she obtained a degree in Modern and Medieval Languages.  Whilst studying for her degree, she spent a year working as an international fashion model, attending shoots in St Tropez and Cannes where she first began collecting the scandalous stories that would work their way into her fiction.

After graduating, Aita worked in the television industry while she penned her debut novel, SIN TROPEZ. The excellently received novel was first published in the UK in December 2010 and has since been reprinted a number of times. She followed this with the high-octane ALL THAT GLITTERS in November 2012. Aitas novels sell around the world and she is currently working on her third.

Alongside her novels, Aita is regularly sought after as a journalist and has had articles published in a variety of national publications in print and online, from the Independent, to the Telegraph. Furthermore, she has been interviewed for or featured in a wide range of publications including The Huffington Post, ES Magazine, OK Magazine, The Daily Mail, and GQ, while her books have also been extensively reviewed. Aitas interests do not stop at print however. She appears regularly on the radio and is available to speak at events, having been flown as far afield as India on speaking engagements.

In addition to her media and publishing work, Aita is also the founder of an emerging markets consultancy.
Novels
Sin Tropez (2010)
All That Glitters (2012)