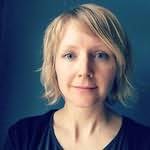 Chelsey Johnson received an MFA in fiction from the Iowa Writers' Workshop, where she was a Teaching Writing Fellow, and a Stegner Fellowship from Stanford. Her debut novel Stray City is forthcoming from Custom House/ HarperCollins in 2018, and her stories and essays have appeared in Ploughshares, One Story, Ninth Letter, The Rumpus, and NPR's Selected Shorts, among others. She has received fellowships to the MacDowell Colony, the Virginia Center for Creative Arts, and Signal Fire Arts. She currently lives in Richmond, VA, and is an assistant professor of English at the College of William & Mary.