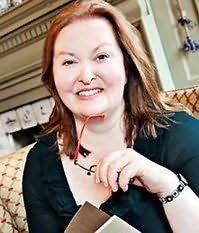 Rebecca Jenkins began making up stories as a child to entertain her sister after the lights were turned out in the room they shared. At the age of 8 she discovered the adventures of the Scarlett Pimpernel by Baroness DOrcy. The stories sparked her love of horse-riding heroes in breeches and boots and prompted her to begin collecting contemporary diaries and books about the war generation at the turn of the 1800s. Today her library has grown to cover most of the walls of her house.

Rebecca enjoys writing in all its forms - she has worked as an editor and a book doctor, teaches creative writing, and served as Royal Literary Fund Fellow at York St John University (2009-2011). Drawing on a large collection of images and prints, she gives a range of talks and lectures on a variety of subjects from the story of the first London Olympics to Going to the Theatre in Jane Austen's Time. She lives in Teesdale in the North East of England.
Series
Raif Jarrett
1. The Duke's Agent (1997)
2. Death of a Radical (2010)